It’s a wonderful day for a stroll in the woods! Grab your favourite stuffed toy, a hamper of goodies, and set off forTeddy Bear Picnic Day! Why not arrange an outing with friends and family, and to enjoy the summer sun, fun and games, and creativity with your favourite toys? 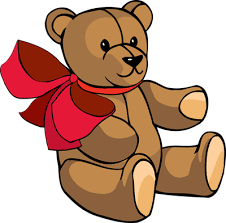 The Origin of the Teddy Bear:
During the early 1900s, President Theodore Roosevelt was in office as President of the United States. He was a hunter. While hunting in Mississippi in 1902, he refused to shoot a small bear. The Washington Post picked up on this story, and made a cartoon of the event. Toy store owners, Morris and Rose Michtom, wrote to President Roosevelt for permission to call their stuffed animals "Teddy Bears". Teddy bears became wildly popular. Their company went on to become the Ideal Toy Company, one of the largest toy companies in the world.


The Origin of Teddy Bear Picnic Day:
Our research did not find the creator, or the origin of this day.


One reader suggst that this day  may have had something to do with a 1950's television show called Teddy Bears' Picnic. It was sponsored my Pet ice Cream - Brown Bear and Brown Mule - chocolate pop-icicles.
Автор: Светлана Кирсанова на 16:08