On June 20, 1868, a proclamation signed by the Governor General, Lord Monck, called upon all Her Majesty's loving subjects throughout Canada to join in the celebration of the anniversary of the formation of the union of the British North America provinces in a federation under the name of Canada on July 1st.
The July 1 holiday was established by statute in 1879, under the name Dominion Day.
There is no record of organized ceremonies after this first anniversary, except for the 50th anniversary of Confederation in 1917, at which time the new Centre Block of the Parliament Buildings, under construction, was dedicated as a memorial to the Fathers of Confederation and to the valour of Canadians fighting in the First World War in Europe.


The next celebration was held in 1927 to mark the Diamond Jubilee of Confederation. It was highlighted by the laying of the cornerstone by the Governor General of the Confederation Building on Wellington Street and the inauguration of the Carillon in the Peace Tower.
Since 1958, the government has arranged for an annual observance of Canada's national day with the Secretary of State of Canada in charge of the coordination. The format provided for a Trooping the Colours ceremony on the lawn of Parliament Hill in the afternoon, a sunset ceremony in the evening followed by a mass band concert and fireworks display.
Another highlight was Canada's Centennial in 1967 when Her Majesty Queen Elizabeth II attended the celebrations with Parliament Hill again being the backdrop for a large scale official ceremony.
The format changed in 1968 with the addition of multicultural and professional concerts held on Parliament Hill including a nationally televised show. Up until 1975, the focus of the celebrations, under the name "Festival Canada", was held in the National Capital Region during the whole month of July and involved numerous cultural, artistic and sport activities, as well as municipalities and voluntary organizations. The celebration was cancelled in 1976 but was reactivated in 1977.
A new formula was developed in 1980 whereby the National Committee (the federal government organization charged with planning Canada's Birthday celebrations) stressed and sponsored the development of local celebrations all across Canada. "Seed money" was distributed to promote popular and amateur activities organized by volunteer groups in hundreds of local communities. The same approach was also followed for the 1981 celebrations with the addition of fireworks displays in 15 major cities across the nation.
On October 27, 1982, July 1st which was known as "Dominion Day" became "Canada Day". 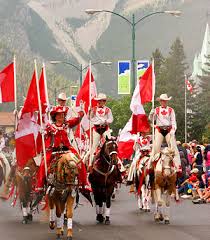 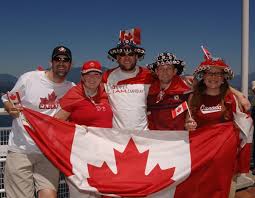