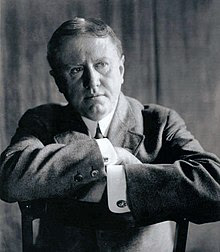 O. Henry is one of the most famous American short story writers. O. Henry’s real name was William Sydney Porter and he was born in Greensboro, North Carolina on September 11, 1862.
At age of 20 (1882) he moved to Texas, where he had various jobs.
He married Athol Estes in 1887; they had a son and a daughter.
His wife died from tuberculosis in 1897.
In 1894 while working for First National Bank in Austin, Porter was accused of stealing $4000. He went to prison in Columbus, Ohio for 3 years eventually.
While in prison Porter first started to write short stories and it’s believed that he has found his writer’s pseudonym there.
After Porter was released from the prison in 1901, he changed his name to O. Henry and moved to New York in 1902.
From December 1903 to January 1906 o. Henry wrote a story a week for the New York World magazine, and published several short stories in other magazines.
O. Henry’s short stories are famous for their surprise endings and humor.
O. Henry's wrote such classic short stories as The Ransom of Red Chief, “The Gift of the Magi” and “The Furnished Room”.
In his last years O. Henry had financial and health problems. An alcoholic, O. Henry died on June 5, 1910 in New York City, virtually broke. 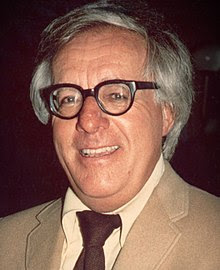 In a career spanning more than seventy years, Ray Bradbury has inspired generations of readers to dream, think, and create. A prolific author of hundreds of short stories and close to fifty books, as well as numerous poems, essays, operas, plays, teleplays, and screenplays, Bradbury was one of the most celebrated writers of our time. His groundbreaking works include Fahrenheit 451, The Martian Chronicles, The Illustrated Man, Dandelion Wine, and Something Wicked This Way Comes. He wrote the screen play for John Huston's classic film adaptation of Moby Dick, and was nominated for an Academy Award. He adapted sixty-five of his stories for television's The Ray Bradbury Theater, and won an Emmy for his teleplay of The Halloween Tree. In 2005, Bradbury published a book of essays titled Bradbury Speaks, in which he wrote: In my later years I have looked in the mirror each day and found a happy person staring back. Occasionally I wonder why I can be so happy. The answer is that every day of my life I've worked only for myself and for the joy that comes from writing and creating. The image in my mirror is not optimistic, but the result of optimal behavior.