22 June 1941
Invasion of the Soviet Union,
The day of memory and grieve 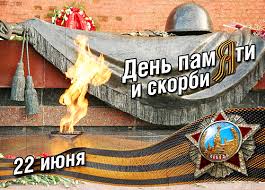 Nazi Germany invaded the Soviet Union on June 22, 1941, in the largest German military operation of World War II.
The destruction of the Soviet Union by military force, the permanent elimination of the perceived Communist threat to Germany, and the seizure of prime land within Soviet borders for long-term German settlement had been a core policy of the Nazi movement since the 1920s. Adolf Hitler had always regarded theGerman-Soviet nonaggression pact, signed on August 23, 1939, as a temporary tactical maneuver. In July 1940, just weeks after the German conquest of France and the Low Countries, Hitler decided to attack the Soviet Union within the following year. On December 18, 1940, he signed Directive 21 (code-named Operation "Barbarossa"), the first operational order for the invasion of the Soviet Union.

With 134 Divisions at full fighting strength and 73 more divisions for deployment behind the front, German forces invaded the Soviet Union on June 22, 1941, less than two years after the German-Soviet Pact was signed. Three army groups, including more than three million German soldiers, supported by 650,000 troops from Germany's allies (Finland and Romania), and later augmented by units from Italy, Croatia, Slovakia and Hungary, attacked the Soviet Union across a broad front, from the Baltic Sea in the north to the Black Sea in the south.
Read more

The photos of first days of the war - when people listen about the invasion. The end of July 1941 - children hide from bombing. June 1941 - the Germans near a burning Soviet village

Soviet girls-vounteers are going to the front (summer, 1941)

Dead Soviet soldiers as well as civilian residents - women and children. The bodies were dumped in a roadside ditch like rubbish. The German troops are passing by... This is summer 1941.

This is a famous inscription on the wall of a military barrack in the Brest Fortress: "I'm dying, but not yielding. Goodbuy, Motherland. 2 July 1941").
Автор: Светлана Кирсанова на 14:41